The Miami police force is utterly baffled by the horrific crime scenes they are finding. The victims are being executed in unimaginable ways, and unlike most crimes perpetrated against humanity, these victims do not fit the usual murder victim profile. These victims are themselves criminals. In fact, some are very well-known criminals. But this scenario is not unique to Miami. Locales worldwide are seeing the same kind of maniacal homicides.

Who is responsible for carrying out these crimes, and how can they be stopped?

Two of Miami PD’s finest, Detectives Ian Jelani and Lane Madigan, are on the prowl, trying to solve these mysterious crimes. But they are being drawn into something far beyond their imaginations, something more than they have ever bargained for. These men may think they have seen it all, but that is quite the understatement. They are on a collision course with the most terrifying vigilante they have ever encountered. When their families become embroiled, the gloves come off, no holds are barred, and the rage of the vigilante spills onto them as well.

The forces of good and evil have waged war since long before Creation. Angels of heaven, both good and evil, have struggled to expand the borders of their kingdoms, and humankind has long been caught in the middle of that raging turf war. Men and women have faced the choices of good and evil since the Garden of Eden, and everyone knows where that original choice landed the rest of us. But humans are not the only ones tempted by the wares of evil. Angels have stared those same choices in the face too. Some have fallen away from the Creator, while some have remained faithful to Him. What of an angel caught betwixt good and evil, an angel who thinks he is serving his Master, but he is actually teetering on the edge of his own fall? What if that angel was the greatest warrior angel of all time, and decided to take it upon himself to rid the Earth of evil people? What might happen to those evil people who are trying to exert their malevolent power and intentions upon their fellow humans if such an angel was to go after them?

In The Holy Terror, Thumos, the greatest warrior of the Creator’s angelic army, the fiercest of all heavenly soldiers, has had enough of what he perceives to be a pattern of deference. He decides to take matters into his own hands. But the path he starts down is a path that other angels have traversed before. And many of them have ended up in the camp of the Evil One, the most destructive force the universe has ever known. Thumos comes face to face with Satan himself, and he have even more decisions to make. 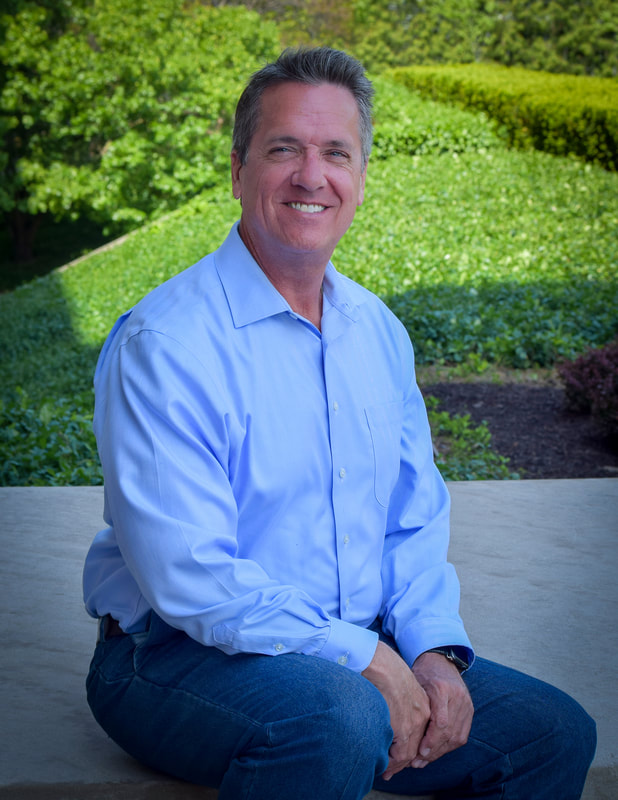 John has spent his professional career working in information technology by day and dabbling in a variety of other diversions by nights and weekends, including a few decades of serving in lay ministry. While serving in this capacity he preached hundreds of sermons, taught countless Bible study classes, and wrote dozens of inspirational articles.

He enjoys golf, guitars, grandchildren, and all things Kansas City – the Chiefs, the Royals, Sporting KC, KC Symphony, and KC Broadway, to name a few. He thinks (if not for his long-lost metabolism of youth) he could eat the famous Kansas City barbecue every day…maybe not for breakfast, but lunch and dinner for sure!

Now he is enjoying bringing to life his angelic hero, Thumos, and a host of other characters that he hopes you will find both entertaining as well as either inspiring or repulsive (after all, there are both good guys and bad guys in this story). This is the first book of a series, featuring detectives Lane Madigan and Ian Jelani, whose experience with Thumos will yield life changing results. And if you happen to be interested in such things, happy Bible Easter Egg hunting while you read, since many are planted throughout the book.